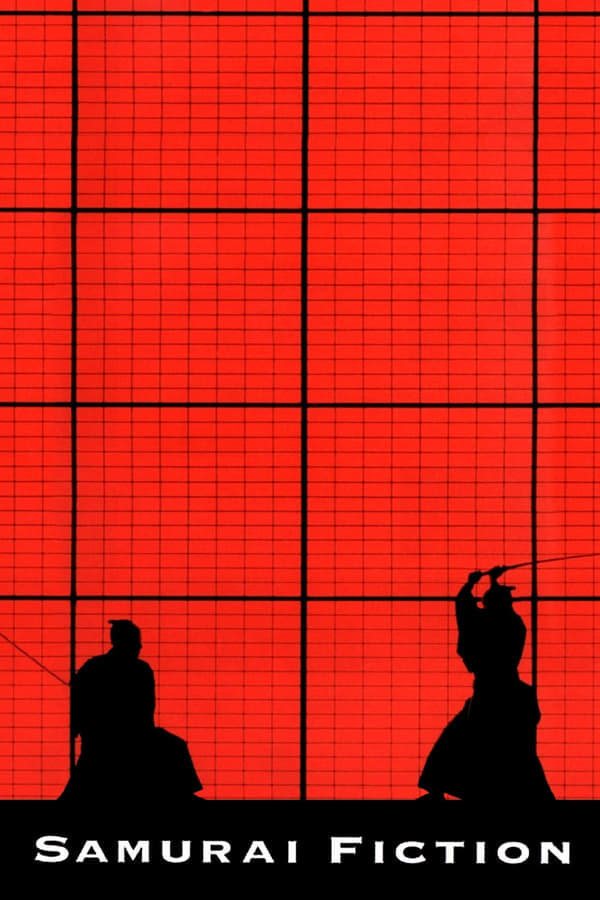 Three centuries ago, a precious sword has been stolen by Kazamatsuri -- the sword, which historic and symbolic value is priceless for the clan (Shogun Tokugawa donated it to clan 80 years before that, at the same time that he established them as the local rulers). Lord's counselor's young son Heishiro goes to retrieve the sword himself to protect the clan from the shame or possible demise. He is accompanied with two friends, Shintaro and Tadasuke, and followed by the ninjas of the clan. After Kazamatsuri wounds Heishiro and kills one of his friends, the young aristocrat still wants revenge more than sword itself, but meanwhile have to recover from his wounds, in the small forest house of a l ...

Nathan Algren is an American hired to instruct the Japanese army in the ways of modern warfare, which finds him learning to respect the samurai and the honorable principles that rule them. Pressed to destroy the samurai's way of life in the name of modernization and open trade, Algren decides to become an ultimate warrior himself and to fight for their right to exist.

A nameless ronin, or samurai with no master, enters a small village in feudal Japan where two rival businessmen are struggling for control of the local gambling trade. Taking the name Sanjuro Kuwabatake, the ronin convinces both silk merchant Tazaemon and sake merchant Tokuemon to hire him as a personal bodyguard, then artfully sets in motion a full-scale gang war between the two ambitious and unscrupulous men.

A samurai answers a village's request for protection after he falls on hard times. The town needs protection from bandits, so the samurai gathers six others to help him teach the people how to defend themselves, and the villagers provide the soldiers with food. A giant battle occurs when 40 bandits attack the village.

Kai—an outcast—joins Oishi, the leader of 47 outcast samurai. Together they seek vengeance upon the treacherous overlord who killed their master and banished their kind. To restore honour to their homeland, the warriors embark upon a quest that challenges them with a series of trials that would destroy ordinary warriors.

An unusual request for ritual suicide on a feudal lord's property leads to the unwinding of a greater mystery that challenges the clan's integrity.

He fought his first battle on the Scottish Highlands in 1536. He will fight his greatest battle on the streets of New York City in 1986. His name is Connor MacLeod. He is immortal.

The boy who wasn't supposed grow up—Peter Pan—does just that, becoming a soulless corporate lawyer whose workaholism could cost him his wife and kids. During his trip to see Granny Wendy in London, the vengeful Capt. Hook kidnaps Peter's kids and forces Peter to return to Neverland.

An assassin is shot by her ruthless employer, Bill, and other members of their assassination circle – but she lives to plot her vengeance.

Zatoichi is a 19th century blind nomad who makes his living as a gambler and masseur. However, behind this humble facade, he is a master swordsman gifted with a lightning-fast draw and breathtaking precision. While wandering, Zatoichi discovers a remote mountain village at the mercy of Ginzo, a ruthless gang-leader. Ginzo disposes of anyone who gets in his way, especially after hiring the mighty samurai ronin, Hattori, as a bodyguard. After a raucous night of gambling in town, Zatoichi encounters a pair of geishas--as dangerous as they are beautiful--who've come to avenge their parents' murder. As the paths of these and other colorful characters intertwine, Ginzo's henchmen are soon after Zatoichi. With his legendary cane sword at his side, the stage is set for a riveting showdown.

A bravado period action film set at the end of Japan's feudal era in which a group of unemployed samurai are enlisted to bring down a sadistic lord and prevent him from ascending to the throne and plunging the country into a war-torn future.

Conan is commissioned by the evil queen Taramis to safely escort a teen princess and her powerful bodyguard to a far away castle to retrieve the magic Horn of Dagon. Unknown to Conan, the queen plans to sacrifice the princess when she returns and inherit her kingdom after the bodyguard kills Conan. The queen's plans fail to take into consideration Conan's strength and cunning and the abilities of his sidekicks: the eccentric wizard Akiro, the wild woman Zula, and the inept Malak. Together the hero and his allies must defeat both mortal and supernatural foes in this voyage to sword-and-sorcery land.

Brimming with action while incisively examining the nature of truth, "Rashomon" is perhaps the finest film ever to investigate the philosophy of justice. Through an ingenious use of camera and flashbacks, Kurosawa reveals the complexities of human nature as four people recount different versions of the story of a man's murder and the rape of his wife.

Akira Kurosawa's lauded feudal epic presents the tale of a petty thief who is recruited to impersonate Shingen, an aging warlord, in order to avoid attacks by competing clans. When Shingen dies, his generals reluctantly agree to have the impostor take over as the powerful ruler. He soon begins to appreciate life as Shingen, but his commitment to the role is tested when he must lead his troops into battle against the forces of a rival warlord.

Returning to their lord's castle, samurai warriors Washizu and Miki are waylaid by a spirit who predicts their futures. When the first part of the spirit's prophecy comes true, Washizu's scheming wife, Asaji, presses him to speed up the rest of the spirit's prophecy by murdering his lord and usurping his place. Director Akira Kurosawa's resetting of William Shakespeare's "Macbeth" in feudal Japan is one of his most acclaimed films.

In 16th century Japan, peasants Genjuro and Tobei sell their earthenware pots to a group of soldiers in a nearby village, in defiance of a local sage's warning against seeking to profit from warfare. Genjuro's pursuit of both riches and the mysterious Lady Wakasa, as well as Tobei's desire to become a samurai, run the risk of destroying both themselves and their wives, Miyagi and Ohama.

Toshiro Mifune swaggers and snarls to brilliant comic effect in Kurosawa's tightly paced, beautifully composed "Sanjuro." In this companion piece and sequel to "Yojimbo," jaded samurai Sanjuro helps an idealistic group of young warriors weed out their clan's evil influences, and in the process turns their image of a proper samurai on its ear.

Why Don't You Play in Hell?

In Japan, gonzo filmmakers hatch a three-pronged plan to save an actress's career, end a yakuza war and make a hit movie.

Ring of the Nibelungs

In this swords-and-sorcery tale, good-hearted blacksmith Eyvind hides away infant Prince Siegfried after two malevolent kings murder his father. But a fiery meteor sent by the gods reveals Siegfried's destiny, sending him on the quest of a lifetime. To save a crumbling kingdom claim the heart of his true love, he'll have to slay the nefarious dragon, Fafnir.

In the third film of the Lone Wolf and Cub series, Ogami Itto volunteers to be tortured by Yakuza to save a prostitute and is hired by their leader to kill an evil chamberlain.

Sword of the Stranger

Pursued by formidable Chinese assassins, young Kotaro and his dog run into No Name, a mysterious stranger who gets pulled into the chase. The unlikely companions form a bond over saving the dog from a poison attack, but chaos erupts when the assassins find Kotaro, and No Name must face his past before a horrible fate is met again.