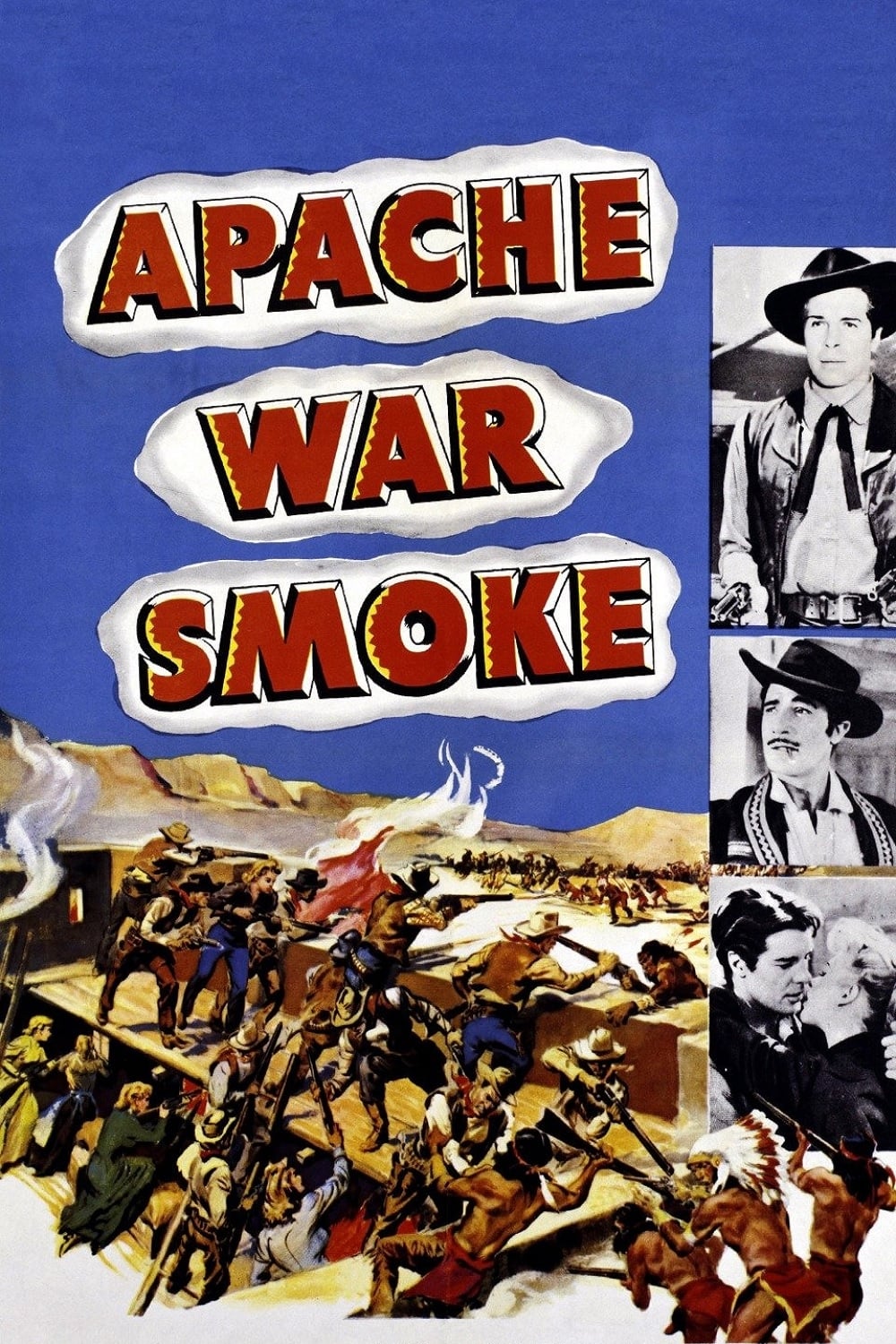 An outlaw murders several Apaches and flees to a stagecoach way station with the tribe in hot pursuit. A stagecoach and its passengers have just pulled into the station, as has the stationmaster's father, a former bandit named Peso, and they all find themselves besieged by the Apaches, who want them to turn over the killer to them or they'll take the station and kill everybody. The problem is that the people in the station aren't sure just who among therm is the actual killer.

A stranger stumbles into the desert town of Absolution with no memory of his past and a futuristic shackle around his wrist. With the help of mysterious beauty Ella and the iron-fisted Colonel Dolarhyde, he finds himself leading an unlikely posse of cowboys, outlaws, and Apache warriors against a common enemy from beyond this world in an epic showdown for survival.

Three of the original five "young guns" — Billy the Kid (Emilio Estevez), Jose Chavez y Chavez (Lou Diamond Phillips), and Doc Scurlock (Kiefer Sutherland) — return in Young Guns, Part 2, which is the story of Billy the Kid and his race to safety in Old Mexico while being trailed by a group of government agents led by Pat Garrett.

Back to the Future Part III

The final installment of the Back to the Future trilogy finds Marty digging the trusty DeLorean out of a mineshaft and looking for Doc in the Wild West of 1885. But when their time machine breaks down, the travelers are stranded in a land of spurs. More problems arise when Doc falls for pretty schoolteacher Clara Clayton, and Marty tangles with Buford Tannen.

The Apache Indians have reluctantly agreed to settle on a US Government approved reservation. Not all the Apaches are able to adapt to the life of corn farmers. One in particular, Geronimo, is restless. Pushed over the edge by broken promises and necessary actions by the government, Geronimo and thirty or so other warriors form an attack team which humiliates the government by evading capture, whi

When Rango, a lost family pet, accidentally winds up in the gritty, gun-slinging town of Dirt, the less-than-courageous lizard suddenly finds he stands out. Welcomed as the last hope the town has been waiting for, new Sheriff Rango is forced to play his new role to the hilt.

The Texas Rangers chase down a gang of outlaws led by Butch Cavendish, but the gang ambushes the Rangers, seemingly killing them all. One survivor is found, however, by an American Indian named Tonto, who nurses him back to health. The Ranger, donning a mask and riding a white stallion named Silver, teams up with Tonto to bring the unscrupulous gang and others of that ilk to justice.

Army despatch rider Hondo Lane discovers a woman and her son living in the midst of warring Apaches, and he becomes their protector.

A group of young gunmen, led by Billy the Kid, become deputies to avenge the murder of the rancher who became their benefactor. But when Billy takes their authority too far, they become the hunted.

During a shootout in a saloon, Sheriff Hunt injures a suspicious stranger. One of the villagers takes care of him in prison. One day they both disappear – only the spear of a cannibal tribe is found. Hunt and a few of his men go in search of the prisoner and his nurse.

As a Civil War veteran spends years searching for a young niece captured by Indians, his motivation becomes increasingly questionable.

How the West Was Won

The epic tale of the development of the American West from the 1830s through the Civil War to the end of the century, as seen through the eyes of one pioneer family.

When a Midwest town learns that a corrupt railroad baron has captured the deeds to their homesteads without their knowledge, a group of young ranchers join forces to take back what is rightfully theirs. They will become the object of the biggest manhunt in the history of the Old West and, as their fame grows, so will the legend of their leader, a young outlaw by the name of Jessie James.

Some time after the Mousekewitz's have settled in America, they find that they are still having problems with the threat of cats. That makes them eager to try another home out in the west, where they are promised that mice and cats live in peace. Unfortunately, the one making this claim is an oily con artist named Cat R. Waul who is intent on his own sinister plan.

William Munny is a retired, once-ruthless killer turned gentle widower and hog farmer. To help support his two motherless children, he accepts one last bounty-hunter mission to find the men who brutalized a prostitute. Joined by his former partner and a cocky greenhorn, he takes on a corrupt sheriff.

Spirit: Stallion of the Cimarron

As a wild stallion travels across the frontiers of the Old West, he befriends a young human and finds true love with a mare.

Wounded Civil War soldier, John Dunbar tries to commit suicide—and becomes a hero instead. As a reward, he's assigned to his dream post, a remote junction on the Western frontier, and soon makes unlikely friends with the local Sioux tribe.

The Good, the Bad and the Ugly

While the Civil War rages between the Union and the Confederacy, three men – a quiet loner, a ruthless hit man and a Mexican bandit – comb the American Southwest in search of a strongbox containing $200,000 in stolen gold.

In the Old West, a 17-year-old Scottish boy teams up with a mysterious gunman to find the woman with whom he is infatuated.

When rancher and single mother of two Maggie Gilkeson sees her teenage daughter, Lily, kidnapped by Apache rebels, she reluctantly accepts the help of her estranged father, Samuel, in tracking down the kidnappers. Along the way, the two must learn to reconcile the past and work together if they are going to have any hope of getting Lily back before she is taken over the border and forced to become a prostitute.