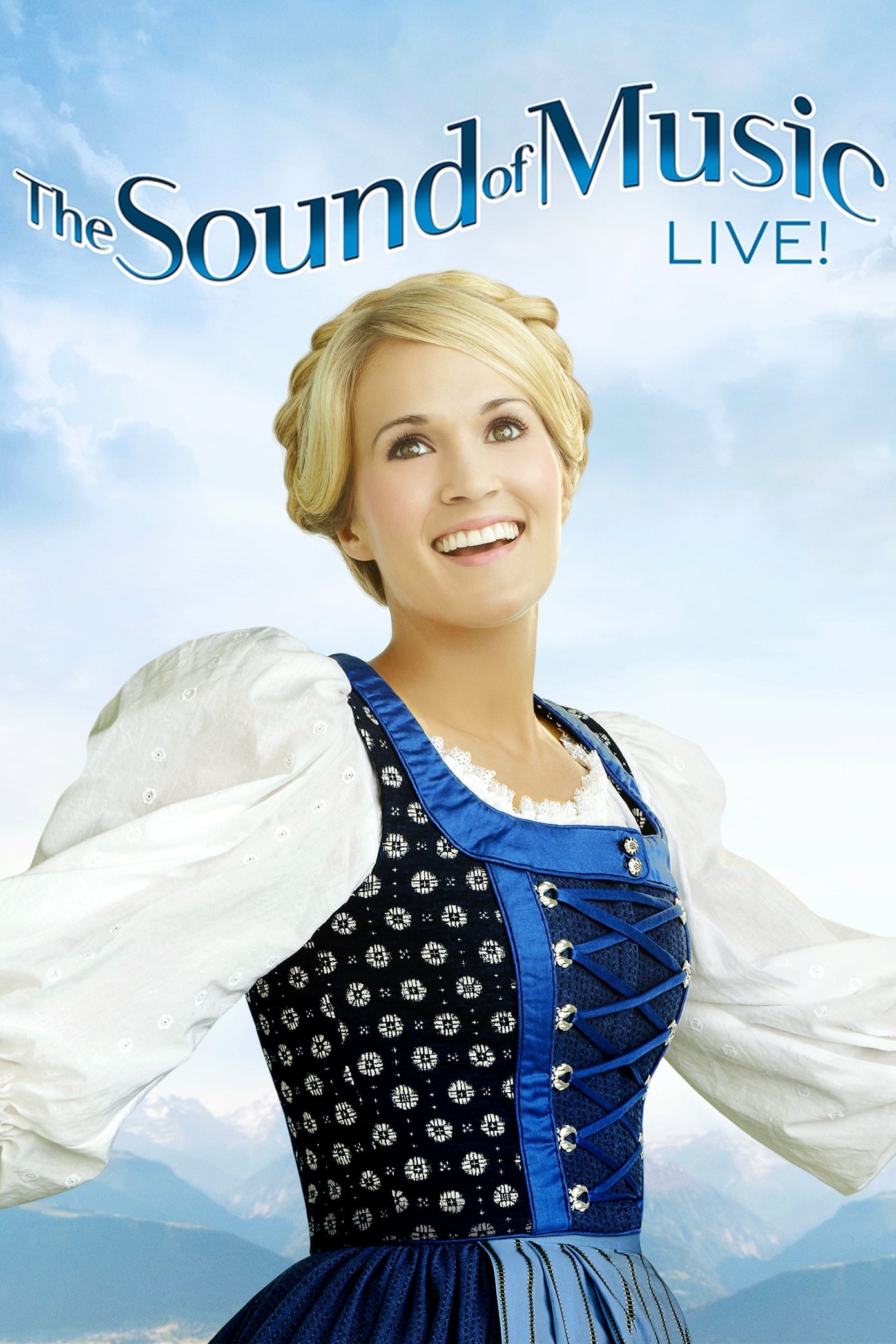 The Sound of Music Live! is a television special that was originally broadcast by NBC on December 5, 2013. Produced by Craig Zadan and Neil Meron, the special was an adaptation of Rodgers and Hammerstein's Broadway musical The Sound of Music, starring country singer Carrie Underwood as Maria von Trapp, performed and televised live from Grumman Studios in Bethpage, New York. Meron felt that if the telecast were successful, the concept could become "another kind of entertainment that can exist on TV." By her request, Underwood's casting as Maria was personally endorsed by Julie Andrews, who starred in the 1965 film.

The Sound of Music

A tomboyish postulant at an Austrian abbey becomes a governess in the home of a widowed naval captain with seven children, and brings a new love of life and music into the home.

After suffering humiliation by the crew Invincible, street dancer Ash looks to gather the best dancers from around the world for a rematch.

A Reno singer witnesses a mob murder and the cops stash her in a nunnery to protect her from the mob's hitmen. The mother superior does not trust her, and takes steps to limit her influence on the other nuns. Eventually the singer rescues the failing choir and begins helping with community projects, which gets her an interview on TV—and identification by the mob.

Young princess Anna of Arendelle dreams about finding true love at her sister Elsa’s coronation. Fate takes her on a dangerous journey in an attempt to end the eternal winter that has fallen over the kingdom. She's accompanied by ice delivery man Kristoff, his reindeer Sven, and snowman Olaf. On an adventure where she will find out what friendship, courage, family, and true love really means.

An independent, single mother who owns a small hotel on a Greek island is about to marry off the spirited young daughter she's raised alone. But, the daughter has secretly invited three of her mother's ex-lovers in the hopes of finding her biological father.

The star of a team of teenage crime fighters falls for the alluring villainess she must bring to justice.

Taylor Swift takes the stage in Dallas for the Reputation Stadium Tour and celebrates a monumental night of music, memories and visual magic.

A former professional dancer volunteers to teach dance in the New York public school system and, while his background first clashes with his students' tastes, together they create a completely new style of dance. Based on the story of ballroom dancer, Pierre Dulane.

The award-winning show is re-imagined as a live concert event, featuring an all-star cast of recording artists, set during the last week of Jesus' life as he deals with betrayal, love and jealousy, and told from the perspective of Judas.

In 1971, Carole and Delphine meet and fall in love in Paris. When Carole follows Delphine back to her family farm in Limousin, the two find lesbianism and feminism are not as easy in the countryside.

A French family moves to a new neighborhood with during the summer holidays. The story follows a 10-year-old gender non-conforming child, Laure, who experiments with their gender presentation, adopting the name Mikäel.

Female born, Teena Brandon adopts his male identity of Brandon Teena and attempts to find himself and love in Nebraska.

Financial TV host Lee Gates and his producer Patty are put in an extreme situation when an irate investor takes over their studio.

Maggie Peyton, the new owner of Number 53 - the free-wheelin' Volkswagen bug with a mind of its own - puts the car through its paces on the road to becoming a NASCAR competitor.

On Anna's birthday, Elsa and Kristoff are determined to give her the best celebration ever, but Elsa's icy powers may put more than just the party at risk.

The Last Thing He Wanted

At the turning point of the Iran-Contra affair, Elena McMahon, a fearless investigative journalist covering the 1984 US presidential campaign, puts herself in danger when she abandons her assigned task in order to fulfill the last wish of her ailing father, a mysterious man whose past activities she barely knows…

After enjoying a holiday romance, high school students Danny and Sandy are unexpectedly reunited when she transfers to Rydell High, where she must contend with cynical Rizzo and the Pink Ladies.

Popular musical The Sound of Music is brought to life on soundstages at London's Three Mills Studio, in a live TV dramatisation of the timeless story of Maria and the von Trapp family.

It's 1961, two years after the original Grease gang graduated, and there's a new crop of seniors and new members of the coolest cliques on campus, the Pink Ladies and T-Birds. Michael Carrington is the new kid in school - but he's been branded a brainiac. Can he fix up an old motorcycle, don a leather jacket, avoid a rumble with the leader of the T-Birds, and win the heart of Pink Lady Stephanie?