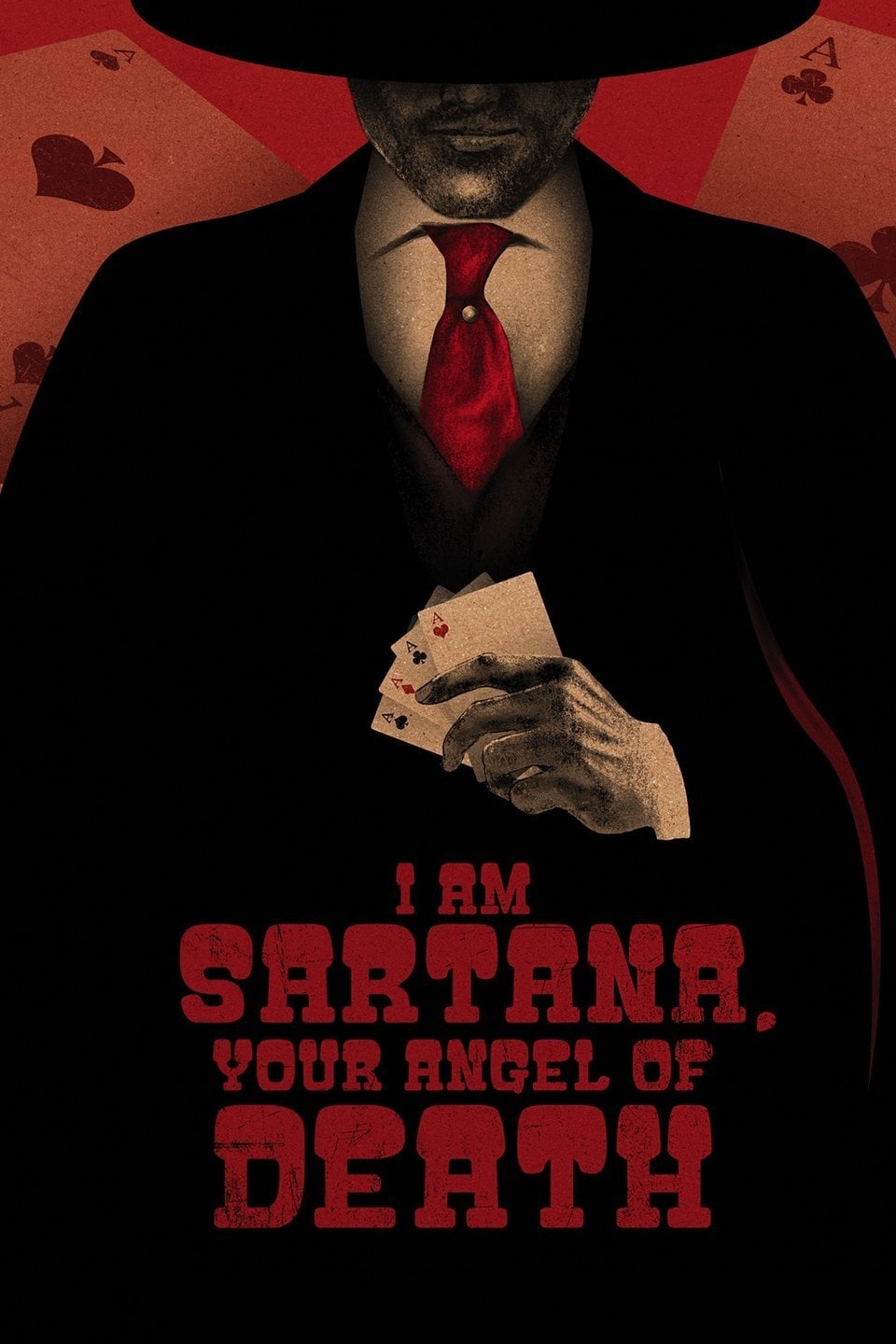 Sartana is falsely accused of robbing a bank, and must find the real robbers and clear his name.

In the early to mid '90s, when the South African system of apartheid was in its death throes, four photographers - Greg Marinovich, Kevin Carter, Ken Oosterbroek and João Silva - bonded by their friendship and a sense of purpose, worked together to chronicle the violence and upheaval leading up to the 1994 election of Nelson Mandela as president. Their work is risky and dangerous, potentially fatally so, as they thrust themselves into the middle of chaotic clashes between forces backed by the government (including Inkatha Zulu warriors) and those in support of Mandela's African National Congress.

The small desert town of Black City is held in a reign of terror by a nasty gang of criminals lead by the ruthless Bud Willer. Earnest, but inexperienced Sheriff Jack Ronson arrives in town to establish law and order. Mysterious bounty hunter Django helps Ronson out.

Have a Good Funeral, My Friend... Sartana Will Pay

After witnessing a brutal massacre, the legendary hero Sartana is ready to do some investigating. Almost everyone in the tiny town of Indian Creek seems eager to buy up the property left behind by the murder victims, and one of them could well be behind the killings. The sheriff himself is not above suspicion, so Sartana must uncover the culprit all on his own.

Love and a Bullet

Malik Bishop is the best killer in the business, but when his crimelord employer wants his girlfriend, who may be unfaithful, eliminated, Bishop doesn't count on falling in love with the woman. Now he must choose between his heart and, perhaps, his life.

To avenge the brutal murder of his brother, Jake Ray journeys to the Philippines, where his search for truth finds him battling both in and out of the ring. But the weapons are always the same: bare fists, bare feet. And the rules never change: last man standing wins.

Returning home and finding his town drastically changed, a former soldier falls in with gangsters.

Two brothers, Monty and Ted, will inherit $300,000 if they manage to live together for six months.

After witnessing the brutal murder of his entire family by Native Americans as a child, Jeremiah Bridger becomes a merciless Indian-killer and scalp hunter. After saving the life of a beautiful Native American girl named Tune, however, the lone and silent gunman slowly reconsiders his hatred. He starts to doubt his former persuasion, that it was really Indians, who killed his family, and soon has to find out that a greedy and unscrupulous landowner usually blames Native Americans for his own crimes.

This multinational crime action film also boasts an international cast. During his childhood, a boy (Chris Mitchum) sees four men drown his father; now, the grown young man makes it his business to kill each member of the foursome. His last killing presents him with some challenges, as his victim is only wounded. He kidnaps the man's daughter (Claudine Auger) and goes to a hideout. In the meantime, an ex-cop (Karl Malden) has been tracking them down.

In this run-of-the-mill crime drama, Bernard Giraudeau is Daniel Chetman, someone who wants to leave the life of violence he knew in his neighborhood -- and cannot do so because his nemesis, a strutting street gangster now involved with organized crime, continues to terrorize the inhabitants of Chetman's turf. After much spilled blood, a parade of ugly underground types, and various sexual scenes, Chetman reduces the forces of evil to a reasonable level of opposition -- but who knows if the neighborhood will be different in the end...

A man is falsely charged with bank robbery, prompting his brother to break him out of prison. Together the pair set out to find the real culprits, and their search leads them to a gang of outlaws headed by a notorious gunfighter.

They Call Him Veritas

A grim, merciless gunfighter known as Santana protects a young woman from the murderers of her family members and at the same time pursues a revenge against a traitor responsible for the death of his fellow soldiers years before.

Revenge of the Resurrected

Thanks to his ability, Danny can draw each of the bandits who robbed the stage coach in which he was traveling with his father, who was killed. When he arrives to the next town he looks for a job helped by the sheriffs` daughter. In the bulletin board there are some posters of people and they offer a dollar reward for providing information about them. After many obstacles, each of the components of the band gradually disappears. Danny believes that only fits the sheriff, but he is in love with his daughter.

Return of the Tiger

The thriving narcotics smuggling operations in Bangkok are headed by rival American and Chinese interests. The former is led by huge bearded nightclub owner, menacingly played by Paul Smith. His bitter rival Tse-Chan goes to elaborate lengths to have him "eliminated." The honors, however, fall to the fantastic Bruce Li - as an undercover agent playing a highly dangerous game - and his attractive girl assistant. With their supreme intervention, both factions are eliminated forever.

History tells us that in ancient Macedonia, at the behest of Alexander the Great, a group of spiritualists known as the Magians were to write the secrets of their divine spiritual power for the purposes of good. Instead, they created a plague... a book so evil, that merely reading certain passages, one could be possessed by demons. If the book is found, what would happen if it fell into the wrong hands?

Two brothers, who are the leaders of a gang of outlaws, besiege the village of White City. They rob and terrorize the people of the surrounding countryside which attracts the attention of a bounty hunter who upon arrival becomes involved in their plight. (SWDB)

The Cris brothers kill Gringo's brother and frame Gringo and his friend, Mexico, for a murder. They are taken to jail and along with the four bandits who are the real killers, escape and reach a village in which a fair is being held. Someone recognizes them and they must leave taking a dancer, Carmen, as a hostage. Gringo tries to protect her and is left in the desert all alone. Meanwhile the bandits rob a mail-coach and kill the escorts with Gringo hot on their trail. Source: SWDB www.spaghetti-western.net