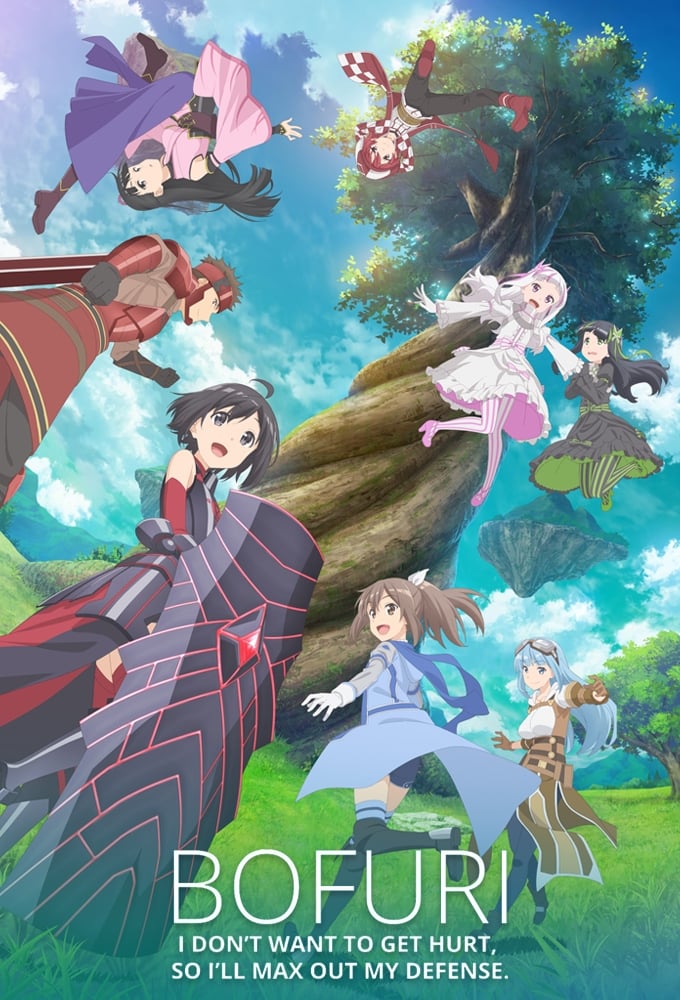 BOFURI: I Don’t Want to Get Hurt, so I’ll Max Out My Defense.

Honjou Kaede is invited by her friend Shiramine Risa to play a virtual reality MMO game with her. While Kaede doesn't dislike games, what she really, truly dislikes is being in pain. She creates a character named Maple, and decides to put all her points in VIT to minimize pain. As a result, she moves slowly, can't use magic, and even a rabbit can get the best of her. But as it turns out, she acquires a skill known as "Absolute Defense" as a result of her pumping points into VIT, as well as a "Counter Skill" that works against special moves. Now ... 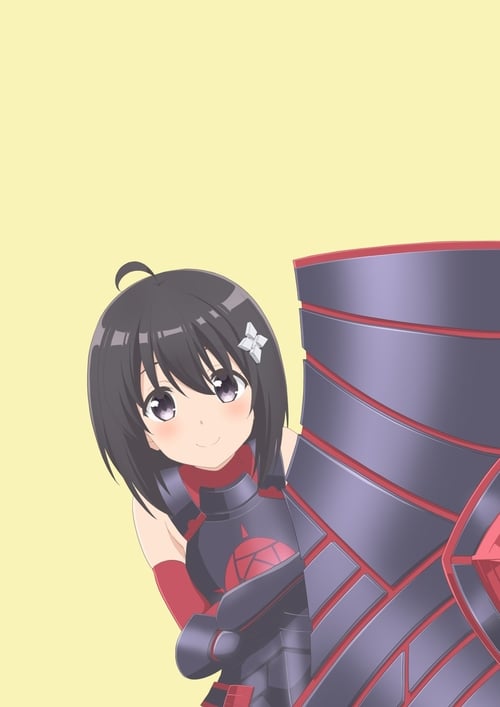 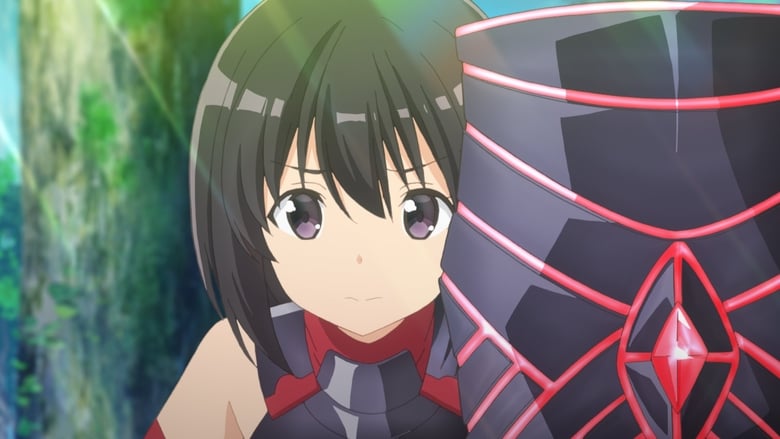 In the near future, a Virtual Reality Massive Multiplayer Online Role-Playing Game (VRMMORPG) called Sword Art Online has been released where players control their avatars with their bodies using a piece of technology called Nerve Gear. One day, players discover they cannot log out, as the game creator is holding them captive unless they reach the 100th floor of the game's tower and defeat the final boss. However, if they die in the game, they die in real life. Their struggle for survival starts now...

A short, overweight student uses the Neuro Link, an evolution of the Nerve Gear, to escape himself from the reality. But his skills in the virtual world brings him to the attention of Kuroyukihime, a popular student who introduces him to the Brain Burst.

The story begins when 30,000 Japanese gamers are trapped in the fantasy online game world Elder Tale. What was once a sword-and-sorcery world is now the real world. The main lead Shiroe attempts to survive with his old friend Naotsugu and the beautiful assassin Akatsuki.

Grimgar of Fantasy and Ash

When Haruhito awakens, he's in the dark. He doesn't know where he is, why is he here, and where he came from. Around him there are several men and women who have the same circumstances. Haruhito and his companions find themselves in a "game-like world" called Grimgar and must form a party, cooperate, and learn new skills to survive the harsh environment together.

.hack follows several young players as they navigate the vast, mysterious MMORPG known as “The World” – a place, it turns out, that is sometimes impossible to leave.

Invertia was a meteor storm that caused an unprecedented disaster during the 20th century. Because of this disaster, numerous cities around the world were destroyed. However, within the meteor, an unknown element called mana was discovered. It allowed human technology to make rapid strides giving rise to a new species of super-powered humans, the Star Pulse Generation (Genestella). The Festas (Star Warrior Festivals) host battles between Genestella at a city of six academies called “Rikka,” also commonly known as “Asterisk.” Scholarship student Ayato Amagiri transferred into Seidoukan Academy in order to fulfill his own wish, swearing he too will fight in this city.

The passionate story of an elementary school student whose thoughts and dreams revolve almost entirely around the love of soccer. 11-year-old Tsubasa Oozora started playing football at a very young age, and while it was mostly just a recreational sport for his friends, for him, it developed into something of an obsession. In order to pursue his dream to the best of his elementary school abilities, Tsubasa moves with his mother to Nankatsu city, which is well-known for its excellent elementary school soccer teams. But although he was easily the best in his old town, Nankatsu has a lot more competition, and he will need all of his skill and talent in order to stand out from this new crowd. He encounters not only rivals, but also new friends like the pretty girl Sanae Nakazawa and the talented goalkeeper, Genzo Wakabayashi, who shares the same passion as Tsubasa, and will prove to be a treasured friend in helping him push towards his dreams. Representing Japan in the FIFA World Cup is Tsubasa’s ultimate dream, but it will take a lot more than talent to reach it.

The setting is a parallel world to Fate/stay night where the Greater Grail mysteriously disappeared from Fuyuki after the Third Holy Grail War. After many years of silence, around the same time as the Fifth Holy Grail War would have happened, the Yggdmillennia, a family of magi, openly declares their secession from the Mage's Association, and that they are in possession of the Grail. The Association dispatches fifty magi to retrieve it, and all but one are instantly slaughtered by a mysterious Servant. The one remaining manages to activate the reserve system of the Greater Grail, allowing for the summoning of fourteen Servants in total. In the city of Trifas, two factions will fight for the control of the sacred relic, each of them possessing their own team of seven Servants: the Black Faction whose members are part of Yggdmillennia, protecting the Grail, and the Red Faction whose members were sent by the Mage's Association, trying to take the Grail back. For an event of this scale, the Grail itself summons its own Servant, the holy Ruler, to oversee the conflict. This marks the start of the Great Holy Grail War.

The Devil Is a Part-Timer!

Foiled by a hero when he’s inches away from conquering the world, the devil finds himself in modern-day Tokyo. With no real-world skills to speak of, the devil is forced to make ends meet flipping burgers at a fast food joint! To stall any further plans of world domination, the hero tracks the devil’s trail and takes on the lowly tasks of a telemarketer.

A young man who had surely died in an accident, was reborn in another world as a baby! After that, he was picked up by the patriot hero "Sage" Merlin Wolford and was given the name Shin. He was raised as a grandson by Merlin and soaked up Merlin's teachings, earning him some shocking powers; however, when he became 15, his grandfather Merlin said, "I forgot to teach him common sense!" An "abnormal" boy's unconventional other world fantasy life starts here!

Rascal Does Not Dream of Bunny Girl Senpai

Puberty Syndrome—a rumored, mysterious syndrome that only affects those in their puberty. For example, a bunny girl suddenly appeared in front of Sakuta Azusagawa. The bunny girl's real identity is Mai Sakurajima, a teenage celebrity who is currently an inactive high school senior. For some reason, her charming figure does not reflect in the eyes of others. In the course of revealing the mystery behind this phenomenon, Sakuta begins to explore his feelings towards Mai. Set in a city where the skies and seas shine, Sakuta unfolds the meaning behind his bizarre encounters on women with the said syndrome.

It’s Ryuji’s first day as a junior in high school and it seems as if things are looking up. He gets to sit in between his only friend, Yusaku, and, more importantly, the girl he’s secretly crushing on, Minori Kushieda. But just when he thinks the stars are aligned in his favor, he unwittingly crosses the most feared girl in school, Taiga Aisaku, making her onto his arch enemy. To top it off, Taiga has moved in right next door to Ryuji and happens to be Minori’s best friend! Can this school year possibly get any worse?!

Is This a Zombie?

Some guys have no luck; he’s got no pulse. That’s life for poor unfortunate, undead Ayumu. First, he was murdered by a serial killer. Total bummer. Then he was resurrected as a zombie by a cute little Necromancer. That seemed pretty cool until she moved into his house, refused to speak, and forced his rotting carcass to do all the cooking. After that, a magical girl in a pretty pink dress used her matching chainsaw to chop his corpse in half. Luckily, the Necromancer’s powers of resurrection trumped those of the chainsaw chick, so instead of dying (again), Ayumu became the world’s first magical girl zombie. There’s also a voluptuous vampire ninja who thinks zombie boy’s a pervert – and a hideous crayfish demon who wants to devour him. Confused? All you gotta know is this: zombies, frilly dresses, demons, and moe chainsaws. Pink. It’s the new dead.

High School Prodigies Have It Easy Even in Another World!

Seven high school students that got caught in an airplane accident wake up, in a middle age like fantasy different world where magic and beast-man (juujin) exist. But they do not panic at their current situation!? They build a nuclear plant in a world without electricity, they control the economy of a large city in a short work's trip, and finally for their benefactor's sake who are suffering from the misgoverment, they declare war on the evil nobles. So... none of them is a normal high school student, each of them are super human high school students that stand at the top of politics, economics, science and medicine! This is a story of a dream team that possess earth's greatest wisdom and technology, that without any self-restraining bring a revolution to a different world with over-technology

The Irregular at Magic High School

In a world where magic is not a fairy tale but has existed for one hundred years siblings Tatsuya and Miyuki Shiba prepare to begin their studies at the elite Private Magic University Affiliated High School (Magic High School for short). Entering on different levels of the academic spectrum the two turn the once peaceful campus into a chaotic one.

Highschool of the Dead

When the world is struck by a deadly pandemic that turns humans into zombies, Takashi Komuro and several of his classmates at Fujimi High School try to survive the apocalypse.

Re:ZERO -Starting Life in Another World-

Natsuki Subaru, an ordinary high school student, is on his way home from the convenience store when he finds himself transported to another world. As he's lost and confused in a new world where he doesn't even know left from right, the only person to reach out to him was a beautiful girl with silver hair. Determined to repay her somehow for saving him from his own despair, Subaru agrees to help the girl find something she's looking for.

In the year 2138, virtual reality gaming is booming. Yggdrasil, a popular online game is quietly shut down one day. However, one player named Momonga decides to not log out. Momonga is then transformed into the image of a skeleton as "the most powerful wizard." The world continues to change, with non-player characters (NPCs) beginning to feel emotion. Having no parents, friends, or place in society, this ordinary young man Momonga then strives to take over the new world the game has become.

No Game, No Life

Sora and Shiro are two hikikomori step-siblings who are known in the online gaming world as Blank, an undefeated group of gamers. One day, they are challenged to a game of chess by Tet, a god from another reality. The two are victorious and are offered to live in a world that centers around games.